Information On CBD For Anxiety

Elon Musk’s spacecraft will make its first flight in 2022?

The Starship spacecraft is Elon Musk’s most ambitious project yet. With it, the richest man in the world wants to help people make fast suborbital flights to distant cities and visit other planets like Mars. A few years ago, news from SpaceX appeared almost every day because they regularly tested their spacecraft. However, in 2022, the company rarely reminds of itself – the speed of the development of the ship has slowed down a lot. It is believes that this is due to the company’s participation in NASA’s Artemis program, which aims to return people to the moon. But how could cooperation with the space agency interferes with the Starship’s development? 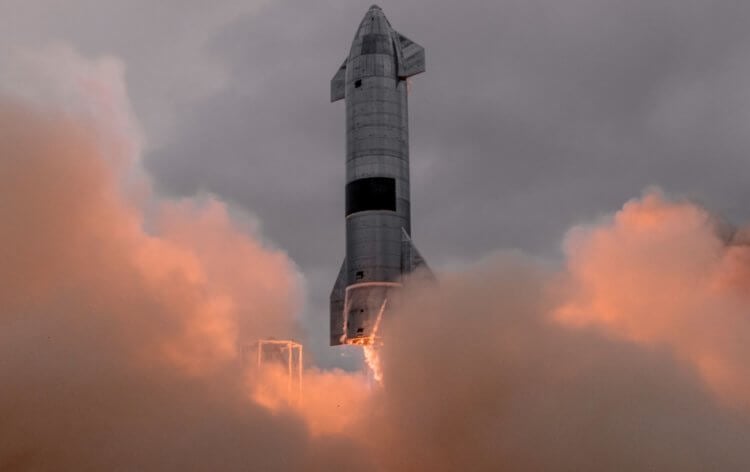 The reason that SpaceX tests the Starship spacecraft much less often may increas safety requirements from NASA. In 2020, Elon Musk acted very boldly and organized testing often. Sometimes they ended with explosions of prototypes, but the entrepreneur treated them lightly, saying that this way, they find faults faster. After the explosion, SpaceX engineers could quickly replace damaged parts and get back to testing.

Explosion of prototype Starship spacecraft in 2021

However, being full-fledge participants in the Artemis program, the company cannot afford such bold decisions. Elon Musk used to say that he could easily send astronauts to the moon ahead of schedule. He also shared his plan to build a human colony on Mars and many other ideas. But after the start of cooperation with NASA, the company began to act more cautiously. Perhaps she would have launch the Starship ship into a full-fledged flight long ago, but this event is constantly being postponed.

It seems that soon SpaceX will start to act faster. According to SpaceNews, the NASA aerospace agency expects the launch of the Starship spacecraft in early December 2022. At least, this was done by one of Artemis’s leaders, Mark Kirasich, during a speech analyzing Starship test flights and planned tests.

As it turns out, the Starship spacecraft still hasn’t made a full flight, not only because of technical problems. Before testing, SpaceX must obtain approval from the US Federal Aviation Administration (FAA). The first attempt to get a green light was unsuccessful. The management refusing it because of the harmfulness of the SpaceX launch site in Boca Chica to the environment. The second attempt was more successful, but the company was orders to eliminate 75 problems to reduce the burden on nature. So the company does not have a license to launch yet.

Tests of the Starship spacecraft

Nevertheless, NASA representatives are optimistic. According to their plan, the return of people to the moon will occur in 2025. The astronauts are expect to launch into space inside the Orion spacecraft using the Space Launch System launch vehicle. The spacecraft will dock from the rocket and enter lunar orbit. It will dock with the SpaceX Starship, and the two crew members will descend to the lunar surface. How can you understand that Elon Musk’s ship will play almost a key role in the Artemis program, so its requirements are very high?

Humans will return to the moon in 2025

The first, as mentioned above, should take place in December 2022. The Starship spacecraft will launch into Earth orbit by a Super Heavy rocket. The rocket should land in the Gulf of Mexico (with the help of the Mehazilla ?), and the Starship should make one revolution around the Earth and splash down near the Hawaiian Islands.

Subsequent test flights do not even have an approximate date. During the second test, engineers will test the Starship’s ability to pump fuel in space. There are no details about the third trial – only that it will be “long”. As part of the fourth test, Space will rehearse the flight to the moon, landing on its surface and takeoff.

As you can understand, after the start of cooperation with NASA, the work of SpaceX has changed markedly. Now she cannot act as boldly as before, but she will take part in one of the most important space programs of mankind.

Things to remember before going for a divorce

How to Choose a 4HZ Laptop

How to Help Your Senior Parent Transition to Assisted Living

How to Help Senior Parents Get Support While Staying Independent

Things to remember before going for a divorce

The Enware 17in Laptop Review

Investing in Bitcoin: What to Know and How to Get Started

5 Tips for Moving Your Small Business to an Office